Phil Spector Has Launched An Appeal Against His Murder Conviction 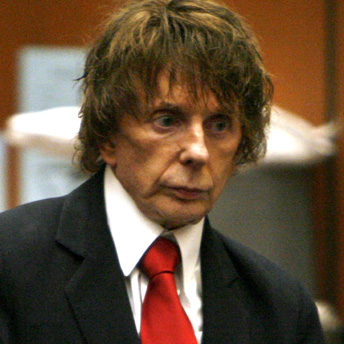 Lawyers acting for the Phil Spector – who was jailed for at least 19 years in 2009 after being found guilty of murdering actress Lana Clarkson in 2003 – claim he was denied the right to a fair trial.   Seeking an appeal on the grounds of judicial error and prosecutorial misconduct, Spector’s attorneys claim prosecutors improperly used the testimony of five women to damage his character by saying he had threatened them at gunpoint in incidents dating back almost 40 years.

In documents filed in Los Angeles on Wednesday (10.03.10), it has been argued that their statements should be impermissible because the incidents were so different to the circumstances surrounding Lana’s death.   The 148-page document said: "None of the evidence involved events in which Mr. Spector put a gun in someone’s mouth, much less fired it.”   The appeal claims Superior Court Judge Larry Paul Fidler allowed prosecutors to claim Spector “had a history and propensity of violence against women and thus should be convicted based on his bad character and evil propensities".

The appeal case also criticises the judge for allowing jurors to be shown a taped hearing conducted outside the presence of the producer and the jury in his original trial in 2004 – which failed to reach a verdict.   The document added: "Under California law, a judge may not offer evidence in a trial over which he presides.   "The evidence was profoundly conflicted on the one issue at the centre of the case – who was holding the firearm when it discharged.”