Pink Has A Big Horn 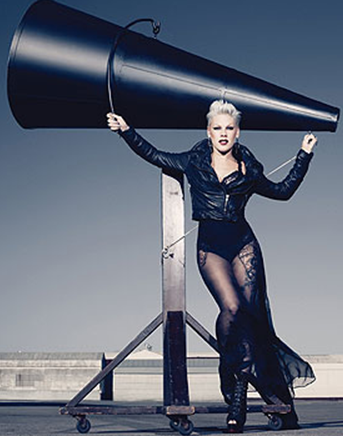 WOW that is one big horn – if she used that horn next to someone she would blow their ear drums out.  Lucky us – Pink is only posing next to the horn to promote her new album So Far which will be out November 15th 2010.  When she is finishing promoting the album she is going back into the studio to record her next album and acoustic one.

Pink said: “I’m definitely going to do it. It’s only going to come out if it’s amazing, it could be complete rubbish but I think it’s going to be amazing.”