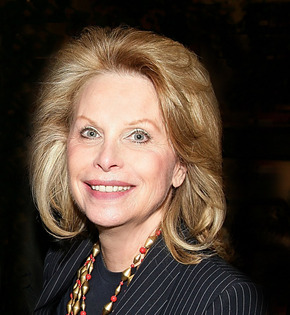 Police now think the killing of showbiz publicist  Ronni Chasen, 64,  who was fatally shot five times Tuesday in Beverly Hills – was a hit and not a random killing.    Sounds like a gangland shooting or something from the Sopranos.  Authorities believe shots fired at Ronni came from a car that pulled alongside the passenger side of Chasen’s Mercedes-Benz, likely as, or just before, she made a left turn from Sunset Boulevard onto Whittier Drive.    The may have more infomation as a result of surveillance footage police recovered from the nearby estate of the late comic Buddy Hackett, where his widow Sherry lives now.

Radaronline reports: “We know it’s not some sort of sniper shooting from across the street – ridiculous theories, we can discount,” Hoshino said. “We haven’t ruled anything out within reason.”  Chasen, 64, had attended the premiere of the upcoming Cher film Burlesque earlier in the evening  on Tuesday. She was shot five times while driving, until crashing into a light-pole at around 12:30 a.m. PT. She was then transported to Cedars-Sinai Medical Center in L.A., where she was pronounced dead.

This is truly amazing because people are not casually murdered in a premeditated manner by professional hit men on a regular basis – what was Ronni involved with?  What did she know?  Whom did she piss off?  Who wanted her dead?  Who stands to gain by the murder?  Be sure that police investigators are busy asking and solving these very questions!