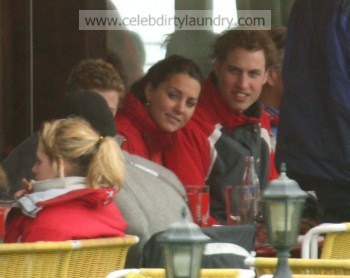 The Daily Beast is reporting that Interesting new clues from a royal source suggest a date when Prince William and Kate Middleton will announce their engagement.   When British Prime Minister Gordon Brown traveled to Buckingham Palace on Tuesday morning to ask Her Majesty’s permission to dissolve parliament and call a general election for May 6, I wonder if another important date on the queen’s calendar was on the conversational agenda.

A high-placed source in royal circles tells Daily Beast that two days in June have been mysteriously blocked out on the palace diaries—June 3 and 4. They suggest this is a likely date for the engagement announcement at last of the 27-year-old Prince William and his patient squeeze, 28-year-old Kate Middleton. If so, a wedding itself would probably follow in November, like the wedding of Queen Elizabeth II and Prince Philip, who married at Westminster Abbey that cold, damp November day in 1947.  To read more of the story visit The Daily Beast.  Photo: Bauer Griffin