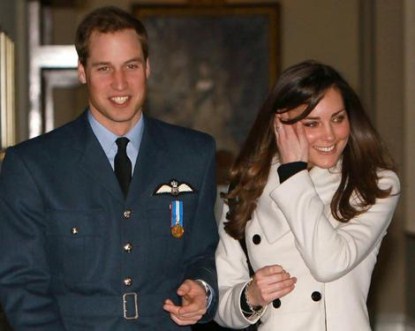 After the years of speculation Prince William, 28,  and his long time girlfriend Kate Middleton, 28, are officially engaged.  The two have been met at St. Andrews University in Scotland in 2001.     They have been dating on and off for eight years.  The wedding was announced in a statement today and the couple are expected to marry next year and it is expected to be a huge wedding.