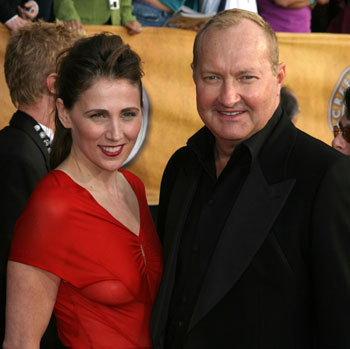 Canada is a land of immigrants – more than 4 out of 10 Canadians were either born in another country or their parents were – first or second generation immigrants – this is a much greater proportion than other Western countries.  So now Canada’s reputation as good host has brought the Quaid’s to Vancouver.  Sadly, because they failed to appear for a court date in California Monday, they were arrested in Canada on Friday.  This missed, or simply avoided, court appearance stems from their allegedly squatting at a home in Montecito, CA that they once owned.  Randy and Evi have been making a habit over the past 2 years of not paying hotel bills and now residing illegally – this has led to their being arrested, missing court appearances, and then being arrested again.

Related: Randy and Evi Quaid Burgle Themselves To Another Arrest!

This time when they were arrested they told officials that they were going to seek asylum in Canada because they feared for their lives.  Evi Quaid told officials of the Immigration and Refugee Board that they have fled persecution in their native America and want to apply for refugee status in Canada.  She said, “We feel our lives are in danger. Randy has known eight close friends murdered in odd, strange manners… We feel that we’re next.”  The Quaids’ lawyer, Brian Tsuji, read a short statement from the couple to reporters, “Yes, we are requesting asylum from Hollywood star whackers.”  Released on almost $10,000 bail each, the Quaids returned to their luxurious Vancouver Hotel where they will wait while their cases work their way through the system.

I hope they realize that they need to pay their hotel bills in Canada.  Yes, Canada is great country but it still does have laws!