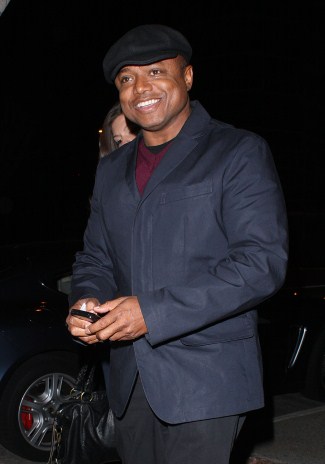 48 year old Randy Jackson – who recently went into hospital for a suspected minor heart attack – admits he is in disagreement with the rest of his family about plans for the first anniversary service for his late superstar sibling on June 25, which his mother Katherine is expected to attend.   Writing in a number of twitter posts, Randy said:

“Hello everyone, I’m back and healthy. Thank you for your loving comments and prayers. Thank you all, but there is so much to address in such little time. Where should I start?  Let’s start with my family. There is a common concern about their lack of support and unity especially now that we’re approaching June 25th.   “please understand im going to be direct and to the point because there is such little time but your support speeds up the process. This is a very difficult time for me and my family. I read your tweets and we share the same frustration. I see what you see and I dont agree with many of their choices but they are my family and i do love them.   “Surprising as it may seem, this is the case…. Im putting myself in the hot seat. I have nothing to lose.. I am not in support of the Gary event/trip or whatever it is… Im tired but I promise to continue this discussion first thing in the morn. (sic)”

Despite Randy being unsupportive of the event, Katherine and his daughter Genevieve Jackson are expected to attend.  In a post on YouTube, Katherine said: “I know that Michael would be very honoured and very pleased that his fans all over the world are coming together to celebrate his life.”   The home in which the Jackson family lived in Gary – 2300 Jackson Street – is being prepared for the memorial, at which a monument to the ‘King of Pop’ will be unveiled.   Michael died from acute Propofol intoxication on June 25, 2009.