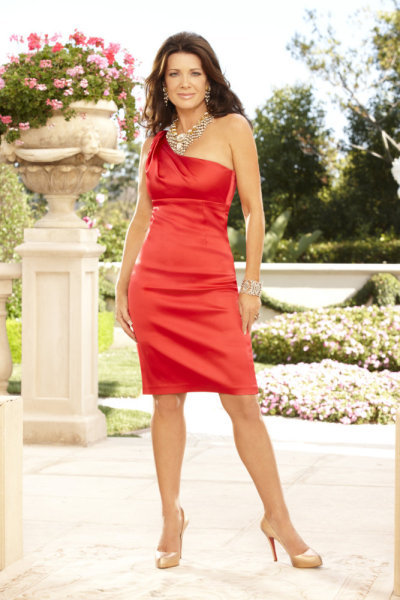 TMZ further reports: Lisa tells TMZ … she was sitting in a booth with her husband Ken and L.A. news reporter Robert Kovacik … along with two elderly people, when a man at a nearby table began harassing them with verbal taunts.

Lisa says the man was “extremely drunk” and was shouting, “I’ve seen the show.  You’re wearing a lot more make-up now, and your eyes are darker and smokier.”  Lisa says then it got personal, as he hollered, “What are you doing sitting with old people?”

Lisa says the man then walked over to her booth and continued his rant.  That’s when Robert, a long-time reporter with the L.A. NBC affiliate, stood up and said, “Please stop.”  Lisa says the man then cold-cocked Robert, punching him squarely in the mouth … and shoved Lisa’s husband to the ground.