Reality Star and Professional Wrestler To The Big Screen 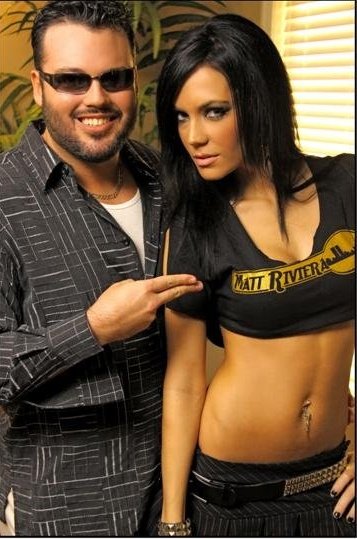 Matt Riviera continues to impress the entertainment world with his versatility ranging from professional wrestler to VH1 Reality star to his new position as an actor.   Most recent on Matt Riviera’s list of accomplishments is his role as a deputy in the soon to be released movie, “Blood Forest.”   “I appeared on VH1 and in front of cheering fans in wrestling arenas, but working on a movie set is totally different,” claimed Riviera. “It has been another great experience in my career and I can’t wait until Maxim Media International begins distribution of ‘Blood Forest’ on April 6th.”

The movie “Blood Forest” is set in the Ozark Mountains with a plot revolving around the last remaining member of the Arkansas Cave Tribe.   His plight for survival is being thwarted when the legendary Big Foot is rumored to be loose in the area. When local residents are murdered, the local town’s malicious sheriff gets involved and as the news spreads, an English reporter crosses the high seas to cover the madness in the thriller/horror/modern western film.

To see a trailer from “Blood Forest,” go to: http://bigfootthelegend.com/   Executive producer/director, Bill Barton, described what it was like to work with the up-and-coming actor, Matt Riviera. “Some actors strictly operate off the script. Matt was different because I could give him a little rope. He is an exciting character who enjoys pushing the envelope.

“He is what I call an impact actor. Matt gives you something you can remember. In ‘Blood Forest,’ Matt portrays a deputy with some characteristics similar to Jethro from the ‘Beverly Hillbillies.’ He is very likable but gullible at the same time and does everything he can to please a very mean sheriff.”

Matt Riviera continued his acting career upon completion of “Blood Forest’ and is now working in a new film titled “Step Away from the Stone” from Rock Productions.   Karen McCann, producer/writer/actress, discussed Riviera’s contributions to the movie: “Matt played Dave, a guy that meets the main character Brooke in a bar and picks her up.  His acting skills are instinctive and he really made us enjoy his character. Matt was a pleasure to work with and we hope to have him involved in future projects. His one liners amused us all.”