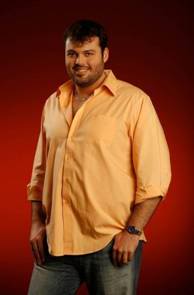 Matt Riviera continues his fast paced career with both Reality TV and professional wrestling. Not long ago, Matt was one of seventeen wealthy men competing for the love of Megan Hauserman on VH1s’ “Megan Wants a Millionaire.”   Recently, Matt took notice of media coverage (including an article in People Magazine) centered on Megan Hauserman and her comments regarding the abrupt demise of the VH1 reality show.

“When we were on the set of ‘Megan Wants a Millionaire,’” said Matt, “I never imagined that Ryan Jenkins was the type of man to be sought by the police in a murder investigation. I thought he was a bit off the beaten path, but there were no warning signs that there was anything seriously wrong with him. I thought he was just another guy vying for Megan. He never rubbed me the wrong way. After I heard everything that Ryan did, I must admit that I was shocked.

“As far as Megan is concerned, I always thought that she acted like some kind of prima donna while we were working on the show. In my opinion, her latest blurb about how she was afraid that Ryan would have been looking for her is garbage. I believe it was a publicity stunt and in poor taste.”

Matt will soon be off to Las Vegas to join wrestlers, boxers and Hollywood celebrities for the 45th annual Cauliflower Alley Club Reunion at the Gold Coast Hotel & Casino.