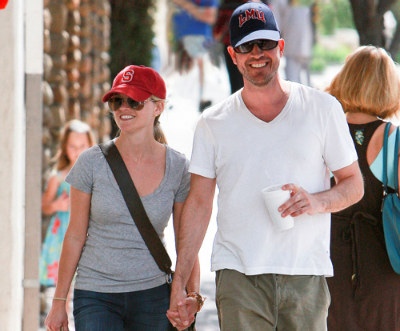 After dating for almost eight months, Reese Witherspoon’s boyfriend, Jim Toth was reportedly out ring shopping for the actress!

Jim was recently spotted at some high-end jewelry stores in Hollywood, reportedly searching for the perfect engagement ring for Reese.

A friend of Jim’s said, “Reese wasn’t with him, because he wants to be a surprise. But he knows her style. The ring will be classic and beautiful, just like Reese herself.”

According to the friend, the couple are constantly talking about marriage and have undergone premarital counseling together. The pal added, “Still, he wants the proposal to be unexpected. It will happen in the next few weeks.”

Reese split from ex-husband Ryan Phillippe after seven years of marriage when she found out that he was cheating on her with Abbie Cornish.