BY Robyn Good on February 2, 2010 | Comments: Leave Comments
Related : Haiti, Quincy Jones, We Are The World 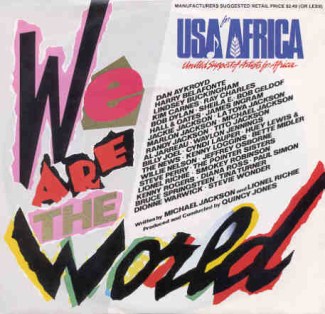 Quincy Jones produced the original hit song and he’s back to do it again with over 75 stars – this time to raise money to help Haiti.   The last version of the song co-written by Michael Jackson and Lionel Ritchie was made in 1985 for "USA For Africa" and succeeded in raising over $30 million for the charity.

It seems the capital and premier city in Haiti, Port-au-Prince, is so badly damaged that it will have to be razed and then rebuilt from scratch.   Conservative estimates put the cost in the billions of dollars spent over several years. It is going to take more than charitable contributions to raise the kind of money needed in post-earthquake Haiti.   The one silver lining of this most desperate cloud that rains on Haiti today is that the new Port-au-Prince has the opportunity to be the first "green" city on the planet.   If the responsible international organizations like the United Nations, World Bank, etc. can get their acts together Port-au-Prince will serve as a model for all future progressive and environmentally sound urban environments.

It truly is a one-in-a-million opportunity – to try out all the latest and greatest clean, sustainable, and environmentally sound ideas for development, construction, energy, transportation, waste disposal, communication infrastructure, etc. in an urban environment. Port-au-Prince, if rebuilt with excellence, environmental integrity, and a sound global community in mind can truly become the greatest city on the planet and the model for all future urban development. I say that we, the civilized co-operative world, make the investment and not let the terrible loss of life and suffering of so many tens of thousands of people go to waste for absolutely nothing.   It would be tragic to allow another filthy sprawling slum (with some grand colonial buildings) to grow in the place of the one that was mostly destroyed by the earthquake.   Let’s honor the memory of all those that died in the tragedy in Haiti by creating a clean and healthy super-modern city that embraces all of the best ideas of environmental health and technological brilliance – let us make the new Port-au-Prince the city of choice for people who want to live a super healthy and enriched existence in a modern urban environment.