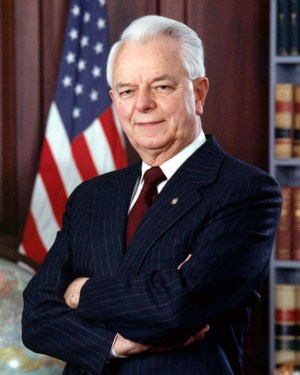 Via Politico the Senate has lost one of its legends with the death of Robert C. Byrd, an orphan child who married a coal miner’s daughter and rose from the hollows of West Virginia coal country to become the longest serving senator in U.S. history.

He died around 3 a.m. Monday morning after being admitted to the hospital last week for dehydration, yet his condition worsened over the weekend and he became critically ill. Byrd was 92.

“I am saddened that the family of U.S. Senator Robert C. Byrd, D-W.Va., tearfully announces the passing of the longest serving member of Congress in U.S. history,”   Byrd’s office said in a statement sent to the media around 5:15 a.m. Monday.