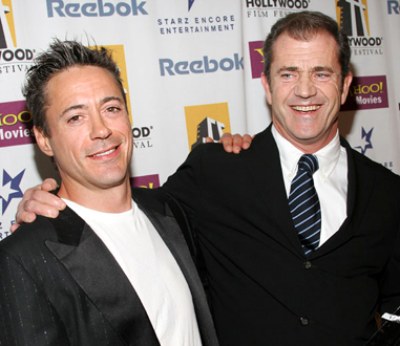 Even though Mel Gibson is taking a royal beatdown in the media over his legal fight with Oksana Grigorieva, but he still has one person in his corner — Robert Downey Jr..

Robert is sympathizing with all of the media hoopla surrounding Mel and even went through the backlash himself after he got clean from drugs. At the time, he says, no one would hire him and no insurance company would insure him, but Mel had his back.

He went on to reveal that Mel didn’t kick him when he was down. He added, “Mel Gibson cast me in Singing Detective, even though an insurance company wouldn’t cover it because it was my first film after my release from behind bars.”

Is the public ready to give Mel another chance? What do you think?