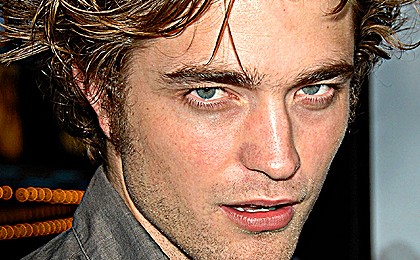 Twilight hottie Robert Pattinson, 24, is constantly hounded by female fans.  Now he reportedly is being stalked by a crazy person.  The stalker is said to be Japanese and apparently follows Robert everywhere and sends him tons of very suggestive messages.    On top of this his female fans are getting over zealous and go to extremes to get next to him.   It has gotten so out of hand that Robert has decided to hire a double so he can spend some private time with Kristen Stewart.

The Daily Star reports: “Robert is constantly inundated with fan mail but one group of four girls have been targeting him repeatedly, telling him they want to do rude, saucy things to him. One girl from Japan has started turning up wherever he is.

“She’s X-rated and repeatedly threatens him with kinky perverse phrases. It’s quite shocking.  “Robert thinks there’s only one thing for it and that is to increase his security and use a body double.  “It may seem a bit extreme, but at least now he can be in two countries at once and spend some quality time with Kristen.”