Robert Pattinson Is Claiming To Be Single

BY Robyn Good on May 28, 2010 | Comments: one comment
Related : Kristen Stewart, Robert Pattinson 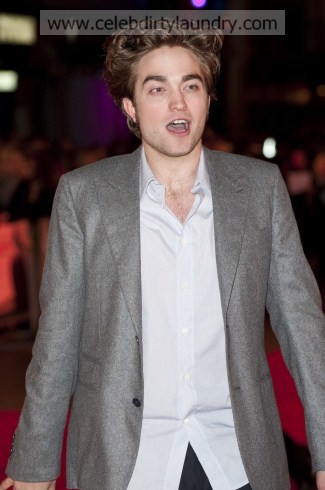 Robert Pattinson has been dating his ‘Twilight’ co-star Kristin Stewart since meeting on the set of the movie but has reportedly been telling crew of his latest film ‘Water for Elephants’ he is not romantically involved with anyone.

An insider said: "Rob is not dating anyone. There are no plans for Kristin Stewart to visit the set and he tells everyone he is single."   The 24-year-old star is starring alongside Reese Witherspoon and the chemistry between the pair is said to be “magic” as they meet for table readings before shooting begins.   The source added to the New York Post newspaper:

"Rob worked with Reese seven years ago on ‘Vanity Fair’. He had a tiny part and he joked with Reese that of course she didn’t remember him from their time together then. "They joke a lot and Rob has her blushing and laughing all the time. He’s very charming. He went on about how she is this beautiful, super-famous Academy Award winner, and Reese loved it. She was flattered and giggling while he teased. It’s cute and it makes for a great movie set. Everyone is excited because they fit so well together."  Photo: Fame Pictures