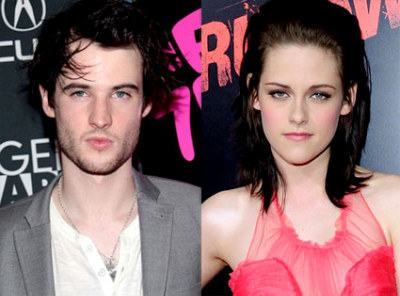 According to reports, Robert Pattinson is jealous over Kristen Stewart’s relationship with his best friend, Tom Sturridge.

Pals reveal that Kristen and Tom were once at odds over Rob’s attention, but Rob smoothed it over between them and now he might be regretting that.

A snitch said, “But Rob intervened and helped make peace between the two – a move he may now regret.”

While Rob was busy filming his movie Water For Elephants, Kristen kept busy by spending some quality time with Tom. Rob was angry over a night out between the two when they went to the Troubador Nightclub.

A source said, “Kristen’s telling friends that she’s falling for Tom, as he has all of Rob’s great qualities without the baggage: Rob’s fear of commitment and the intense scrutiny their relationship brings.”