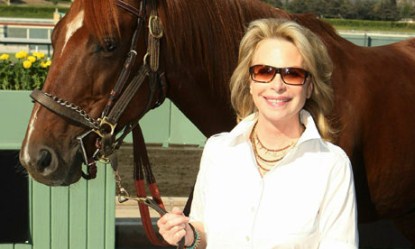 Robbie Schaeffer’s home happens to be on the same street upon which Ronni Chasen was gunned down while driving her car.  His home has a security camera that caught Chasen’s car crash – the film, in police custody now, shows Chasen driving down the street car with her driving straight even after being shot – she even applies the brake before the stop sign but then continues to roll through the stop sign and crashes into a light pole – the car turning sideways upon impact.  No other cars appear on the footage!

Radaronline reports – “It’s basic footage, I mean it’s grainy, all it shows is her driving down the street. Surprisingly she was able to drive straight, considering. She drove straight… She even hits the brake consciously it seems like,” Schaeffer, who owns a beauty salon in Studio City called ROB|B OPI Concept Salon, told RadarOnline.com.  The tape is now in the custody of the police.   “She brakes for the stop sign and that’s almost all the way. She rolled through, then it gets fuzzy. Our cameras got a weird angle. There were no cars coming northbound…there was no light or interference so the camera caught the car turned sideways when it hit impact.”

Schaeffer was awake and in the garage when Chasen was shot and he heard all 5 gunshots in the very early morning of November 16th.  The police theory about road rage being the possible cause of Ronni’s murder is really stupid and so unlikely – road rage at 1 or 2 AM on a fairly quiet street with little or no traffic?  I mean it is possible – but so are aliens.

Anyway, Shaeffer’s friend Josh was coming home from the convenience store when the first police responded to the murder – he drove by and saw Chasen slumped at the wheel with her door opened and someone trying to help her.  When he went by Shaeffer’s house Josh told his friend that “an old lady just crashed into a light pole” – but Shaeffer corrected him and said “someone just got shot.”

Shaeffer also says that his street is perfect for a professional hit since there are endless getaways.

After the crash a large car, maybe a Town Car, according to Schaeffer, is seen passing by the crash without stopping to
check on it.  This in itself may or may not be unusual but in any case the trusty police have had the tape since November 17th and have not mentioned this other car – so we assume they checked it out and it was irrelevant.

This murder gets more mysterious all of the time – so far no real clue has emerged or been made public.