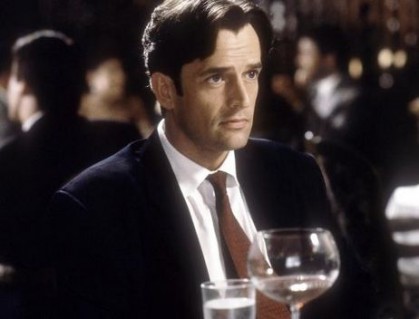 Actor Rupert Everett doesn’t like Jennifer Aniston very much.  He thinks she is too likable and sucky.  Rupert was talking to BBC Radio 4 about how gays do in Hollywood – he was talking about how the business decided the A list Actors and said that some actors that have flops are still A List actors.  He mentioned he was not going to name names and then changed his mind and started talking about Jennifer.

He said: “OK, something will go wrong, like Jennifer Aniston will have one too many total flops, but she’s still a member of that club, and she will still manage to…like a star forming in the universe, things will swirl around her and it will suddenly solidify into another vital tasteless romcom, you know, a little glitter next to the Crab Nebula.”

I have to agree with Rupert he has hit the nail on the head.  She is boring, cannot act and has had many many flops.  Regardless of this she continues to get parts in movies and lots of $$.  The only thing she is famous for is being Brad Pitt’s ex-wife and the women Angelina Jolie treated badly (according to her)