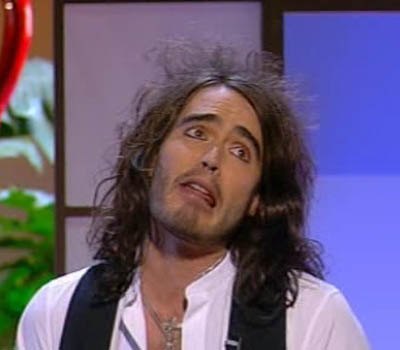 British comedian Russell Brand has been arrested — and no, it wasn’t for failing to wash that nasty looking hair. He was popped by cops after having a physical run-in with a photographer.

Reportedly, Russell was trying to make his way through Delta security when he allegedly pushed and struck the snapper. The photographer then placed him under citizen’s arrest and the authorities at LAX held him.

As we first reported, Brand and Katy Perry were going through Delta security when he allegedly began pushing and striking paparazzi.

We’re told a photog — one of the alleged victims — made the citizen’s arrest and LAX cops facilitated it.

Cops interviewed Brand, then took him into custody.

Poor Rusty. Let’s ask Shane Lopes how he feels about that for karma.