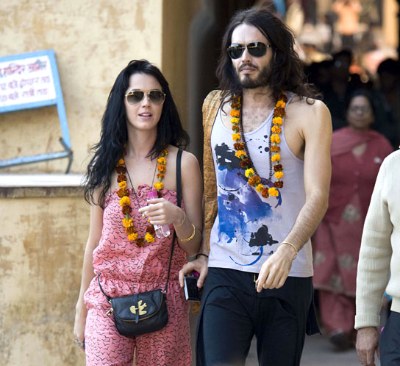 Russell Brand and fiancee Katy Perry are set to get married in India this weekend and while the paparazzi were trying to get photos of the happy couple, they’re claiming that Russell’s bodyguards assaulted them.

Photographers from AP, Reuters, Agence France-Presse and the Hindustan Times newspaper all claim that as they were snapping pictures, the bodyguards punched them repeatedly in the face.

Quraishi said he jumped out of the jeep to try to retrieve the keys, but the bodyguard punched him repeatedly, breaking his glasses, smashing and then taking his camera flash and opening up a cut on his arm.

Two other photographers came to Quraishi’s assistance, he said, but the other guard began hitting them, causing one to start bleeding from the head.

The guards then drove away, leaving the photographers stranded in the park, which is home to tigers, leopards, wild boars, hyenas and sloth bears, Quraishi said.

Seriously. Are pictures worth beating someone up over? All of this talk of anti-bullying and no one defends the photographers? I mean, I know they can be intrusive, but good lord….Why assault them? Just ignore them and they will go away, eventually.