Ryan Phillippe Kisses Another Girl At His Birthday Party 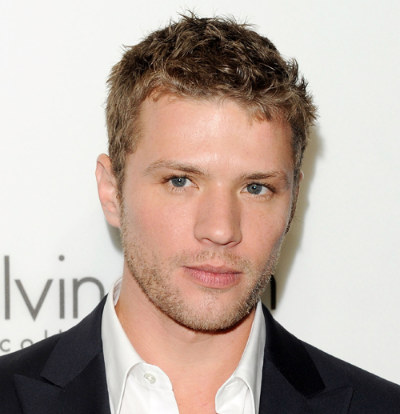 According to the National Enquirer, Ryan Phillippe was partying it up at his birthday party with his girlfriend there, when he swapped spit with another girl. Is anyone else sensing a pattern here? Ha!

Cheating on Reese Witherspoon with Abbie Cornish was the primary reason they got divorced. Then, he was said to have cheated on Abbie with some other girls, prompting her to get rid of him. Now, he’s dating someone new and he’s doing it all over again!

Ryan Phillippe just blew it with his brand-new galpal, actress Alexis Knapp, who caught him lip-locked and loving it with a hot babe during his 36th birthday bash at a pal’s Hollywood Hills pad. The party got off to a bad start for Alexis, who hated that “Jersey Shore” star Snooki was parading around in a bikini, rubbing up against all the guys. Later, irritated when she couldn’t find Phillippe, Alexis started searching, opened the door to a back bedroom – and exploded when she discovered him hot-and-heavy with another girl!

“Alexis went ballistic,” said an eyewitness. “She started screaming, calling them names. She got so hysterical, two friends had to haul her out and take her home.

He is such a bad boy. Someone ought to punish him. Any volunteers?