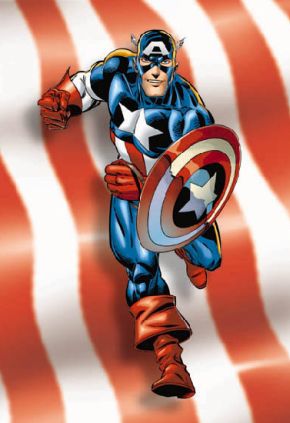 The Cruel Intentions’ star confirmed he is to audition for the lead role in forthcoming superhero movie ‘The First Avenger: Captain America’ and is hoping he impresses film bosses enough to land the role of the crime fighter and his alter ego Steve Rogers.   He told MTV News: “I actually am going in to meet on ‘Captain America’, which is kind of cool. After Superman, he was kind of my favourite."

However, Ryan faces stiff competition for the role, with ‘Fantastic Four’ actor Chris Evans, ‘Gossip Girl’ star Chace Crawford and Fighting’s Channing Tatum also believed to be in contention.
A shortlist for the female lead of Golden Girl reportedly includes Keira Knightley, Emily Blunt and Alice Eve.   It was reported last week that Hugo Weaving has been cast as Captain America’s adversary, the Red Skull.   The film – which is being directed by ‘The Wolfman’ filmmaker Joe Johnston – is scheduled for release in July 2011.