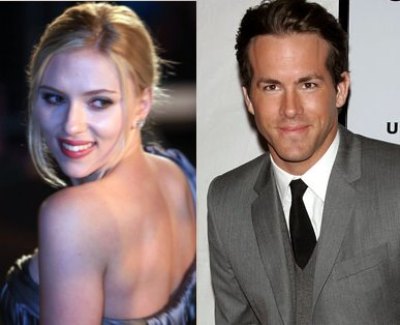 It’s an obvious move as far as their failing relationship is concerned, but we have learned that Ryan Reynolds has filed for divorce from Scarlett Johansson.

The twosome must have coordinated their divorce filings, because right after Ryan filed, Scarlett filed her response to the petition for divorce. That’s a good indication that things are still friendly and amicable between the former couple.

Neither of them are asking for spousal support, even though there’s no prenup and he made more money than she did during their marriage. Their date of separation is listed as December 14, 2010.

Who should Ryan date now? What about Scarlett???