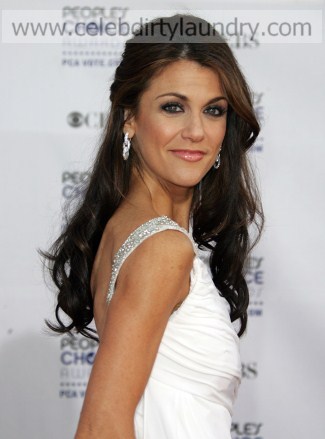 When Dancing With The Stars returns for its tenth season there will be a person missing.  Samantha Harris who has co-stared with Tom Bergeron for the past eight seasons has decided to leave the show.  Samantha will be focusing on other projects.  She told People that the decision has not been easy.  “[DWTS] could not have been more of a dream job,” she says. “I loved every single second of it and I’ve made lifelong friends at the show.”

Samantha has a degree in journalism will be working on things like her correspondent duties at The Insider, which she says have expanded in the past year.  Her co-host Tom Bergeron says he is said to see her leave.  “I’m going to miss Samantha. We had a nice rapport off-camera and on, I could see that her workload was picking up on The Insider. As somebody who’s been known to juggle a few jobs myself, I know that that can pull you in eight different directions.”    No word yet on who will replace Samantha.  My vote is Cloris Leachman she brought some life to a reality show that has become very predictable!  Photo: Fame Pictures