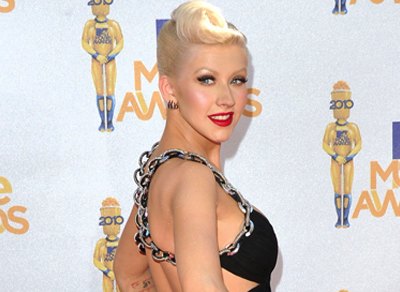 Even though Samantha Ronson has previously denied doing the nasty with Christina Aguilera, it’s coming out that she secretly brags that Christina is a minx in the sack.

It’s really no secret that Christina is into girls, she has said that she “likes to play”. According to Samantha’s music producer, Marlon David, Christina and Sam were involved in threesomes. Her husband, Jordan Bratman, was said to have thought her lesbian trysts were a good idea, but he was wrong.

Marlon also revealed that Christina gave Sam a peep show on Skype. We’ll let you know if that video ever surfaces.