Sandra Bullock’s Husband Cheated On Her With Another Two women 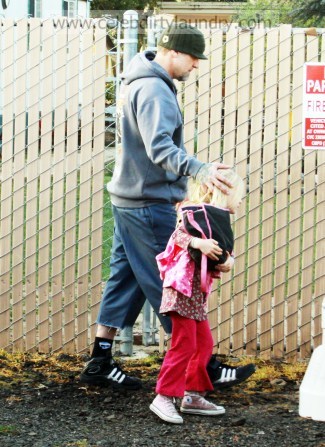 Jesse James – whose alleged 11-month affair with tattoo model Michelle ‘Bombshell’ McGee was revealed last week – has now been accused of having affairs with stripper Melissa Smith and photographer Brigitte Daguerre after he married Oscar-winning actress Sandra Bullock in 2005, according to gossip website TMZ.

The motorcycle enthusiast allegedly met Melissa on social networking site MySpace in 2006 and the pair had a two-year secret romance.   It is claimed Jesse then embarked on a fling with Brigitte in 2008 after meeting her the year before when he hired her for a photo shoot for his West Coast Chopper business.   Brigitte alleges the pair exchanged texts and emails for a year, but insists they only had sex four times in that period.

Many of the messages were very explicit and he asked her to send racy pictures of herself.   Yesterday (24.04.10), it was reported that Jesse was accused of sexual harassment by one of his former female executives at his West Coast Choppers business in 2007.   The unnamed woman claimed Jesse repeatedly made sexual advances and she kept several suggestive emails from him, as well as a stained T-shirt.   Although no lawsuit was ever filed, the matter was settled for $725,000 in September 2007.   Jesse neither admitted nor denied the allegations.

Last week, Jesse apologised for having a relationship with Michelle and admitted he deserves "everything bad" which may come from his "bad judgment".   Through his publicist Monique Huey-Jones, Jesse said: "The vast majority of the allegations reported are untrue and unfounded. Beyond that, I will not dignify these private matters with any further public comment. There is only one person to blame for this whole situation, and that is me. It’s because of my poor judgment that I deserve everything bad that is coming my way."  Photo: Fame Pictures