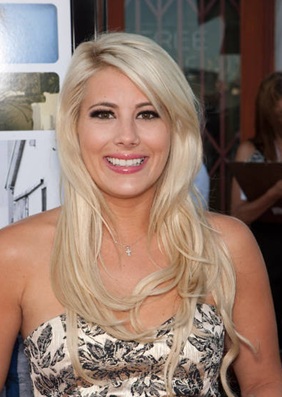 Shayne Lamas won ‘The Bachelor’ show and now the Church of Scientology is trying to get in bed with her.  They keep sending her bills for $1500 claiming that she donated that amount in 2004 but her check did not clear.

Scientologist freaks love to have well-heeled stars amongst their ranks and would certainly want Lamas in their organization.  Of course, since Scientology is a business and cult, not a religion, their motives and actions can never be trusted.  It is important to rememeber that the Scientology’s founder and creator, the sci-fi writer Layfayette Ronald Hubbard, better known as L. Ron Hubbard, said “Writing for a penny a word is ridiculous. If a man really wants to make a million dollars, the best way would be to start his own religion.”

TMZ also reports:  Shayne’s lawyer fired off a letter to the famous L. Ron Hubbard shrine in Hollywood, demanding the church quit sending her bills for $1,506.35 — claiming the bills are bogus … and that Shayne “is not now, nor ever has been, a member of your organization or the Church of Scientology.”

Lamas’ lawyers have contacted the Scientologists and they claim they will now leave her alone.