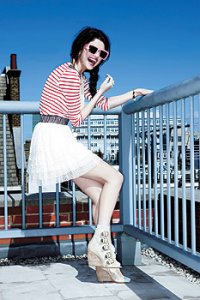 Actress and singer Selena Gomez is best known for her portrayal of Alex Russo on the Emmy Award winning Disney Channel Original Series, Wizards of Waverly Place. S he has starred in the television movies, Another Cinderella Story and Princess Protection Program.  Selena appeared in a photoshoot for The Sunday Mirror, she has been taking the UK by a storm.

Selena sat down with the mirror for an interview.  Below is a glimpse of it:

On knowing what she wants to do at such a young age – ‘I think a lot of kids that age are like, “I want to be an astronaut. I want to do this or that”, but I knew that’s what I really wanted to do. I think you can be a lot more fearless with those decisions when you’re younger. My mum kept me in school as long as possible, so I got that kind of normality growing up. Actually, a lot of the kids made fun of me because my first job was on a kids’ show they all watched, Barney And Friends, but I still enjoyed acting, I didn’t let that stop me.’

On the The paparazzi are now a regular fixture in her life – ‘Whenever I go out of town they follow me, when I’m at home in LA sometimes they give me space. I don’t like it at all, but it comes with the job. I’m pretty boring for a teenager really, I just like to do normal things and I’m not into the partying scene. My job’s so crazy that in my free time I just like to stay in and watch movies.’

About the fate of other teenage stars –  ‘For other people it’s a little crazier than it is for me. I think the bigger you are, the harder it gets to maintain some kind of normality.’

To read the rest of this interview visit The Mirror 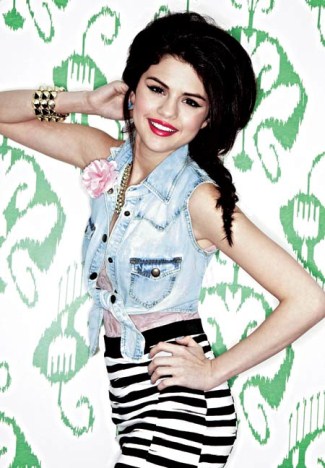 Image credit to The Mirror