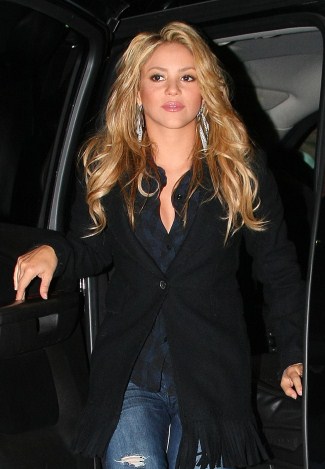 Shakira says she has no intention of tying the knot with fiance Antonio De La Rua, despite saying yes when he popped the question over four years ago.   She said: “I have no plans to get married. Ever.   “There’s something romantic about being someone’s girlfriend forever. I like the state that I’m in.”

Although she has no plans to marry, the 33-year-old beauty says she and Antonio are keen to start a family together.   She told the News of the World newspaper: “I definitely plan to have children but I don’t see a wedding dress.”   Shakira, who met Antonio nine years ago in a restaurant in Argentina, has recently admitted she knew straight away he was ‘The One’.  She said: "The minute I walked in, I saw him sitting, and I thought, ‘That man is for me, he’s the man of my life.’ I kept staring at him until I got to meet him that night. And then I just followed my intuition and everything worked out. Frankly, meeting him that night was like winning the lottery."