Sharon Osbourne Wants To Sell Her Breast Implants On eBay 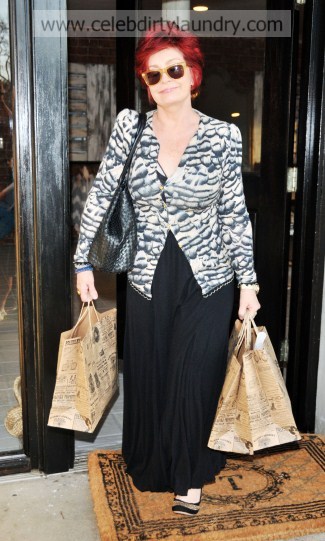 The TV star – who is married to rocker Ozzy Osbourne – doesn’t like the look of her breasts following her last boob-boosting operation and is considering going under the knife again to have her chest changed.

She said: "I wish I’d never had my breasts done the last time. They’ve put these bloody great bags in that are too f***ing round – it’s like a waterbed on your chest.   "I hate my t*ts. I want to have the bags taken out and then I’ll put them up on eBay!"

The 57-year-old star – who has famously spent over £300,000 on cosmetic surgery – doesn’t want to undergo any more procedures in the near future, but believes she will eventually get more work done.   She added to Britain’s new! magazine: "Would I have more surgery? Not right now. Maybe when I get to my 60s, I don’t want to have a flopping neck."

Although Sharon wants her implants removed, daughter Kelly recently revealed she would be prepared to have a boob job when she gets older.   The 25-year-old presenter said: "When my boobs get saggy I will have them lifted. I don’t want my nipples facing the floor.   "Plastic surgery works for someone like my mum. It changed her life and gave her that last bit of confidence she needed."  Photo: Fame Pictures