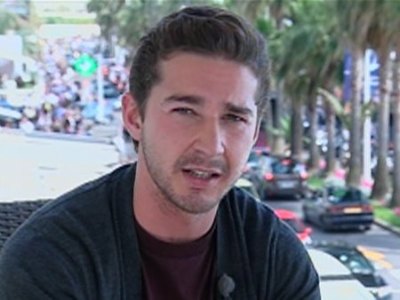 Some say that Shia LaBeouf looks like a little rat, but I’d totally hit it. Only if he were play-acting as his Wall Street character, wearing a suit, speaking in a British accent, driving Bumblebee and crapping hundreds. Okay, there are a lot of conditions to be met, so maybe I wouldn’t hit it.

Fortunately for him, there’s a new chick in his life now that Carey Mulligan is out of the picture…and she totally doesn’t mind his ratty look.

Shia was spotted at Little Doms in Los Angeles holding hands with her. Wonder who she is?