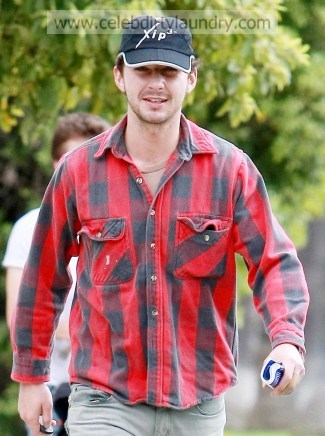 The 23-year-old actor, who played Sam Witwicky in the action franchise, admits the sequel was "confused" and he often didn’t know what was happening on-set.

He said: "There are a lot of people that liked the second one, but I hated it. I just didn’t enjoy it.   "I thought we missed the mark. I got confused, I couldn’t see what the f**k was going on, you know with certain robots… I couldn’t decipher what was happening.  There were storyline paths that I just wouldn’t have gone down."

Despite his unhappiness, Shia has faith in the franchise’s producers and believes the forthcoming third instalment will be a big improvement.  He added to FHM magazine: "I know that directors Michael Bay and Steven Spielberg are dedicated to making the best movie we possibly can, and we’re not going to miss next time."

Shia thinks the second film suffered as a result of the strike by Hollywood writers.   He said: "We were making our second movie in the middle of the writers’ strike. We had no script. We had to work with nothing. We literally had like 40 pages. And everything was sort of made on the fly.   "But I think this time we will be more concise, and in a definite direction where we want to take it."  Photo: Fame Pictures