Sigourney Weaver Says James Cameron Was Robbed Of The Oscar 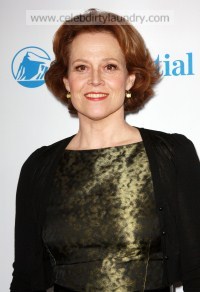 Sigourney Weaver has blasted Academy Awards’ voters for giving Kathryn Bigelow the Best Director accolade at this year’s Oscars.   The 60-year-old actress claims her movie ‘Avatar’ – directed by James Cameron – would have won in the past and hit out at Oscar bosses for their decision to award the prize to Kathryn for war film ‘The Hurt Locker’.

"Jim didn’t have breasts, and I think that was the reason. He should have taken home that Oscar.   "In the past, ‘Avatar’ would have won because the Oscar voters loved to hand out awards to big productions like ‘Ben Hur’. Today it’s fashionable to give the Oscar to a small movie that nobody saw."

‘The Hurt Locker’ has taken $40 million worldwide, while ‘Avatar’ is the most successful movie of all time, grossing $2.7 billion.   Sigourney plays the character of Dr Grace Augustine in the sci-fi thriller, with other leading roles taken by Sam Worthington, Zoe Saldana and Stephen Lang.  Photo: Fame Pictures