Skating With The Stars Big Debut

BY Dr. Jody Overland on November 23, 2010 | Comments: one comment
Related : Skating With The Stars 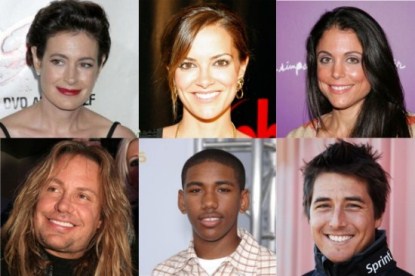 I was sort of dreading the new show but it turned out surprisingly entertaining and legitimate.  After weeks of getting nauseous listening to all the exaggerated happy talk spouted on Dancing With The Stars, it was refreshing to see some serious and gifted judges do some really fair judging.  The three judges, Laurieann Gibson, Dick Button, Johnny Weir are amazing skaters and were top top world class in their sport.  They are much more knowledgeable and high ranking than the buffoon-like judges on DWTS.  It was a pleasure to see great athletes commenting – makes a difference to the entire legitimacy of the show.  I mean when I see Bristol Palin get 9’s from the judges on DWTS I know I’m being snowed.

One complaint that some losers are making is that the host, Vernon Kay, has a difficult to understand Mancunian accent (means from Manchester, England – in the North West of the nation) – nonsense – if you can’t understand Vernon then you need to get out more, grow a brain, and open your mind a bit.  Not everyone speaks like they are from Chicago.  In fact, a typical Bostonian or New Yorker is harder to understand than Vernon who enunciates each word clearly and very well.

As far as the guests/competitors and their very gifted professional skating partners – they did their best no doubt but skating isn’t dancing and simply staying up can be tough!  Tonight we will see the results but frontman for Motely Crew, Vince Neil is in the doghouse with 28/60 – the lowest score of the night.