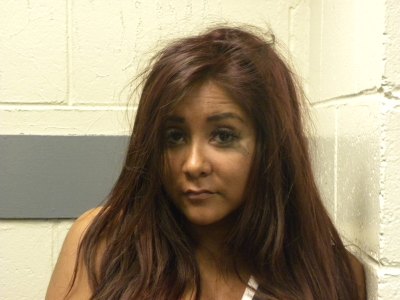 Jersey Shore star Snooki will be Snookin’ for love in a new reality dating show. We’re not sure of the title of the show as of yet, but she has previously tossed that one out there for mass consumption.

She hasn’t had the best of luck in the field of dating, so Snooki is going to take her search to the small screen.

An inside snitch said, “They are set to make the big announcement any day now.” In the new show, Jenni “JWoww” Farley will make an appearance, as well as some of the Snookster’s ex-boyfriends.

The snitch revealed, “One may try to win her heart back, and another may serve as a consultant.” Snooki revealed what she is looking for in a new boyfriend. She said, “He needs to make me laugh. If he’s not goofy and afraid to be a dork, I’m not feeling it.”

Are you feeling this idea at all? I’m sure there will be a ton of famewhores lining up at her door, just waiting for their chance at love with her.