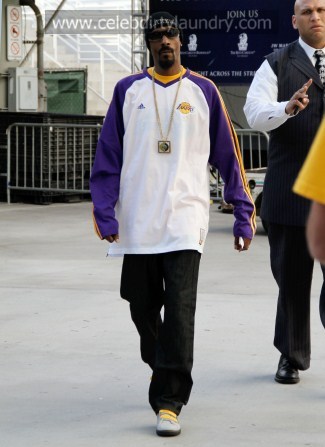 Just 10 days before he was scheduled to headline a huge free concert in The Hague, the capital of The Netherlands, Snoop Dogg has been banned! It seems the mayor decided that having good old Snoop around just wouldn’t be in keeping with the spirit of "the open and free character" of the concert.   Could it be related to his smoking several joints on stage with Willie Nelson at the concert held at the same venue in 2008?

Or might it be that he was barred from Australia for failing a character test – imagine being refused entry to a country for having a bad character!! How about his gun and drug charges in 2007 that he plead "no contest" to in the USA?   In 2006 he was banned from England after his entourage tangled with security at Heathrow Airport. In any case it is obvious to anyone who can see clearly that Mr. Calvin Brodhas, known as Snoop Dogg, is a negative character – a very seedy fellow indeed. I salute   The Hague for having the character and courage to keep such a low life from appearing on stage.