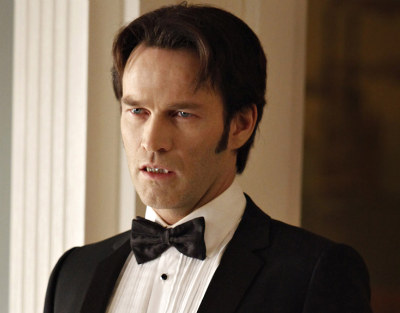 True Blood vampire Bill Compton is often seen snacking on Sookie Stackhouse’s neck on the show. When talking about his sex scenes in the show, Stephen Moyer says that he doesn’t wear much, only a modesty sock.

Co-star Alexander Skarsgard says that when he’s naked, he’s truly in the buff and we couldn’t be more thrilled. All of this is for a good cause, of course. Stephen and Alex are competing in a Battle Of The Fang, to raise money for their favorite charities. The loser has to wear a t-shirt with a slogan chosen by the winner’s devious mind. 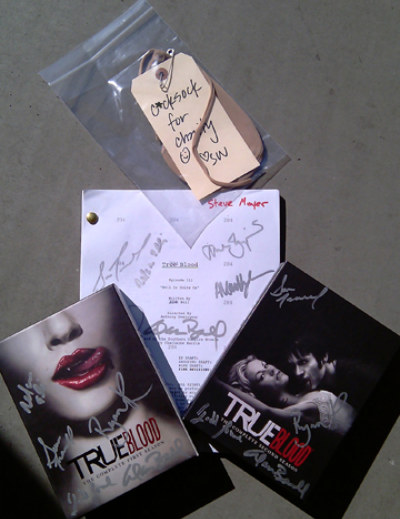 We’re still bummed that Alex isn’t auctioning off a sock of his own. But we’re not going to shun him for wanting to be naked. Now that would just be wrong.