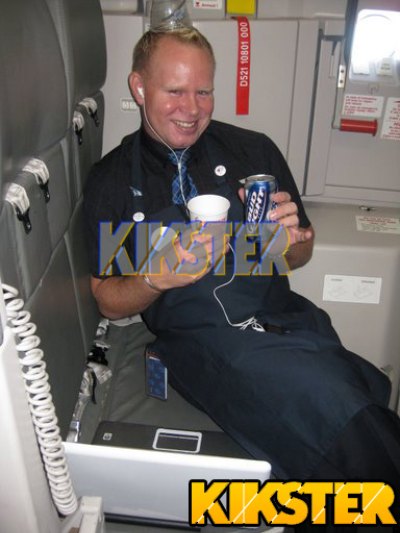 Former JetBlue flight attendant Steven Slater went to court today to defend his actions after pulling the emergency slide upon landing and making off with a couple of beers.

He was charged with criminal mischief, reckless endangerment and trespassing. If convicted for all of these crimes, he faces up to seven years in prison. This is just ludicrous! I can’t imagine deploying an emergency slide would have all of these repercussions, but it has made him a quasi-celebrity.

Steven went to court today, where we’re told he’s undergoing a mental health evaluation. It’s being said that he is going to try to plea bargain the sentence down.

Kikster showed Steven showing off his drinking abilities in the above photo and this one: 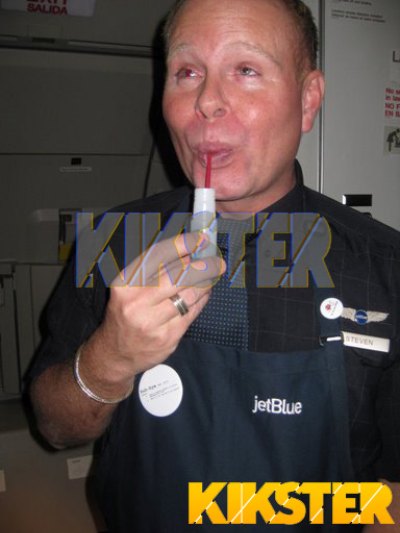 In case you’re wondering why JetBlue has run out of beer. Steven knows where it is.

All of this because he quit his job in the most fantastic way possible. Don’t ask if I’m jealous, the answer is clear. He’s awesome.