Hi All!  Don’t forget to stop by and visit us at Celebrity Dirty Laundry for "Red Carpet Arrival" pics of the 52nd Annual Grammy Awards.  Below are the nominees for the show tonight. 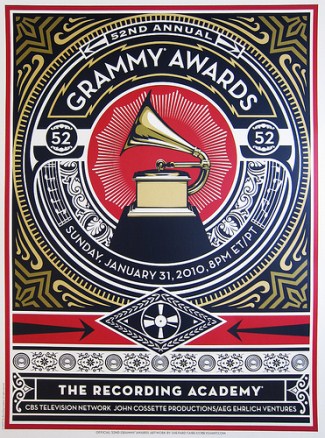 RECORD OF THE YEAR
"Halo," Beyonce
"I Gotta Feeling," Black Eyed Peas
"Use Somebody," Kings of Leon
"Poker Face," Lady Gaga
"You Belong With Me," Taylor Swift

SONG OF THE YEAR
"Poker Face," Lady Gaga
"Pretty Wings," Maxwell
"Single Ladies (Put a Ring on It)," Beyonce
"Use Somebody," Kings of Leon
"You Belong With Me," Taylor Swift

BEST MALE POP VOCAL PERFORMANCE
"This Time," John Legend
"Love You," Maxwell
"Make It Mine," Jason Mraz
"If You Don’t Know Me By Now," Seal
"All About the Love Again," Stevie Wonder

The rest of the nominees under the cut…

BEST ROCK PERFORMANCE BY A DUO OR GROUP WITH VOCALS
"Can’t Find My Way Home," Eric Clapton and Steve Winwood
"Live in Technicolor II," Coldplay
"21 Guns," Green Day
"Use Somebody," Kings of Leon
"I’ll Go Crazy If I Don’t Go Crazy Tonight," U2

BEST COUNTRY COLLABORATION WITH VOCALS
"Beautiful World," Dierks Bentley and Patty Griffin
"Down the Road," Kenny Chesney and Mac McAnally
"Start a Band," Brad Paisley and Keith Urban
"I Told You So," Carrie Underwood and Randy Travis
"Everything But Quits," Lee Ann Womack and George Strait