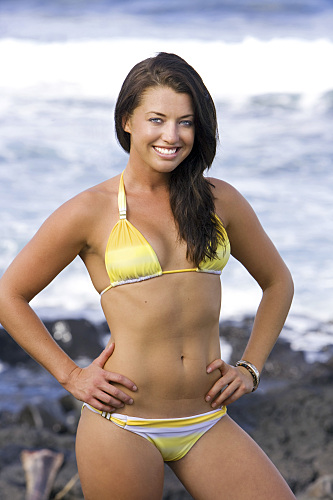 On tonight’s episode of survivor, Parvati is at it again.  She knows that flirting and playing dumb can get her far with the guys and they won’t anticipate a blindside.  Russell’s completely chewed up and poor Boston Rob is a close second.  Randy said it best tonight, "Parvati gets overlooked because she has a pretty smile and a nice wiggle", "the guys are following for the oldest trick in the book since the cave man days, that these girls can get what they want if they bat their eyes and flirt".  So Randy is one of the few guys besides Coach that has his eyes open and he gets voted out,  idiots, she’s going to chew them up one by one and spit them out.   Parvati may just win again!