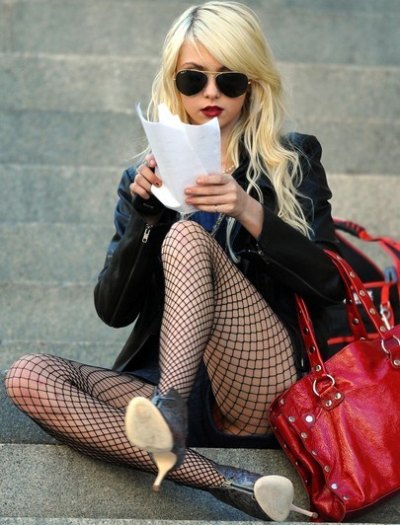 According to reports, Taylor Momsen is set to go on an indefinite hiatus from Gossip Girl, as she has already become a scarce presence on the show.

She has only appeared in three episodes of the show this season, but will be on hiatus following next Monday’s episode.

I guess this will leave her more time to flaunt her sexuality, as she’s already become known for her wild stage antics. She dresses provocatively and acts like a total brat, at least, that’s according to Tim Gunn.

He appeared on the show to mentor her character, but slammed her for a lack of professionalism on the set. He said, “What a diva. She was pathetic, she couldn’t remember her lines, and she didn’t even have that many. I thought to myself, ‘Why are we being held hostage by this brat?'”

An inside snitch says that Taylor’s reduction on the show boils down to creative reasons. Suuuuuure, it does.