Taylor Momsen Won’t Be Home For The Holidays 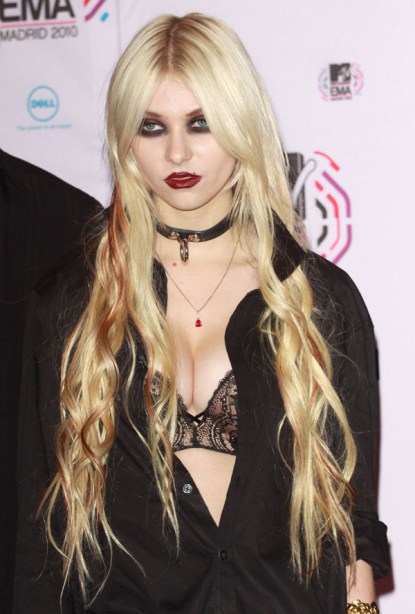 Taylor Momen, 17, won’t be home for the holidays this year.  Due to bad weather Taylor is trapped in Europe untill December 26th, 2010.  Taylor was in Europe touring with her band The Pretty Reckless and because of heavy snowfall was stuck in Germany.

Taylor decided to drive to Amsterdam to spend the day and when she headed to the airport to go home she was told because of severe weather conditions there would be more delays.

Taylor tweeted “Ok, more airline problems…this is getting ridiculous…just trying to get back for xmas!  Trapped til the 26th…”

So it looks like Taylor is not getting home for the holidays and will be spending them with her bandmates in Europe.