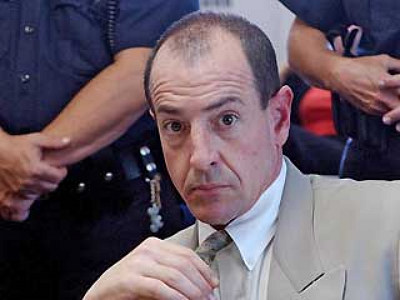 Is it only a coincidence that the day Michael Lohan decides that he wants to visit his daughter Lindsay at the Betty Ford Center that he gets turned away at the door? Hmmm… I think not.

Michael made the trek to Rancho Mirage, California to the Betty Ford Center where Lindsay is currently staying for addiction treatment. When he got there, he was turned away by security.

He was told visiting hours were over. Michael tells us he asked if was on a “no contact” list and they told him no. But we’re guessing his name is right under Osama’s.

Michael says he’s been on the horn with people at Betty Ford, asking them to please involve him in family therapy with Lindsay.

I bet they were told before she got there that she doesn’t want anything to do with him and if he shows up, to tell him to go away.

We’ll see if it happens again, during normal visiting hours. What do you think? More than a coincidence???