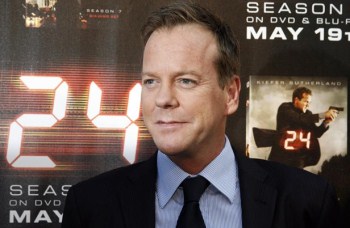 The Fox TV network on March 26 stopped the clock on its action adventure series "24," ending one of its most successful dramas as ratings began to slip in its current, eighth season. The final, two-hour program will air on May 24, and in the countdown to that last show, the network will air 11 hours of uninterrupted episodes on Monday nights. "This has been the role of a lifetime, and I will never be able to fully express my apprecation to everyone who made it possible," the show’s star, Kiefer Sutherland, said in a statement.