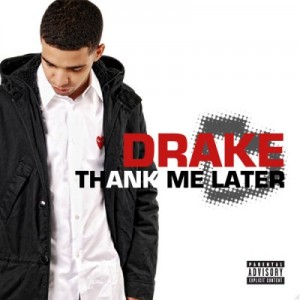 Simply Uneak is our new addition to the CDL family and he is coming at us right from highschool where stars are born, made or die.  What do kids really think tune in here for your dose of the mind of today’s real youth.

So I’ve been told by many friends that Drake’s album ‘Thank Me Later’ was amazing.   So as a big Rap and Hip-Hop fan I decided to go ahead and listen to the whole album.   In conclusion of doing this I practically wasted my time.   It seems like in every song he’s just talking about how he has this, has that and about how he’s some big shot, basically he’s just bragging.    Also something that bothers me is that this is supposed to be a RAP album but half the album honestly sounds R&B. Seriously Drake is supposed to be the newest and greatest rapper in the game now with amazing punch lines, metaphors and in the end it just doesn’t deliver examples “I’m a star, no spangled banner.” “Ya’ll must be talking to yourselves, hands free.”

It’s like he is trying too hard with his punch lines and those examples are also very amateurish and predictable, in general their horrible.   Another thing that annoyed me was how he rarely tried to multi syllable rhyme, he practically only used one syllable rhymes on every song, don’t even get me started about his horrible flow.   Even the other artists on the songs with him weren’t even that great, that song “Fancy” featuring T.I. was honestly the worse song on the album.   The hook was annoying, the lyrics were not appealing at all and T.I. had some kind of corny voice and flow. Jay-Z, now I was expecting something good from him on this and in the end I was hugely disappointed and it was possibly one of his worse verses ever.   Also Alicia Keys hardly did anything really, like half a hook.   The best song on this album was really “Better Find Your Loving” and I’m not a big fan of that song either.   Drake is supposed to be the newest and greatest rapper in the game right now and honestly from what I’ve listened to on this album he is none of that.

I had hoped that he would have songs that we can relate to and that could make you even feel better on a bad day, but no, there’s none of that, it’s just all about him.   The content was the biggest disappointment of this album. Not even a song that could literally blow your mind thinking WOW this is an amazing song.   I guess I’m just one of those few lovers of Rap and Hip-Hop that pays attention to the lyrics the most.   So I’m not even going to bother rating this album it’s just nothing I’d have sitting on my shelf.    Review by Simply Uneak