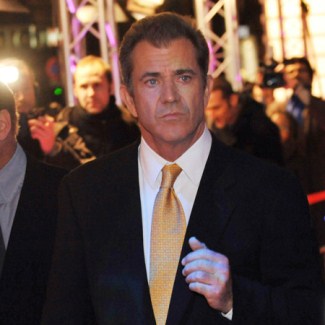 Mel Gibson claims his former Oksana – with whom he has an 11-month-old daughter Lucia – only released explosive audio tapes documenting their arguments and alleged attacks on her after he refused her demands for cash.   One text obtained by RadarOnline.com apparently sent from Oksana to Mel states she released the footage because the actor was treating their daughter like an “illegitimate child”.

She said: “U r keep saying that ull take care of us in the most generous way. I wouldn’t have played ur messages if u were keeping ur word. Even if u were just generous to Lucia, that would have been great. But u weren’t. No where near the way u r generous with ur other children. U treated her as an illegitimate child. That’s why I played the tapes. And my name wasn’t mentioned at all. (sic)”

When Mel replied with “That is so unfair,” Oksana hit back saying: “That was very unfare to ur daughter. I don’t care about me. (sic)”  The ‘Braveheart’ actor handed over the text messages to officers at the Los Angeles County Sheriff’s Department – who are investigating his accusations – to back up his claims.

A source said: “These are the text messages that Mel’s camp turned over to the Sheriff’s detectives as potential evidence of the extortion claim.”  Oksana’s spokesman, Steve Jaffe, has previously denied the extortion allegations made against the Russian singer.  He said: “To specifically address the allegations, my client, Ms. Grigorieva, has repeatedly stated that there is no credible evidence whatsoever of extortion by her, and she stands steadfastly by that statement.”