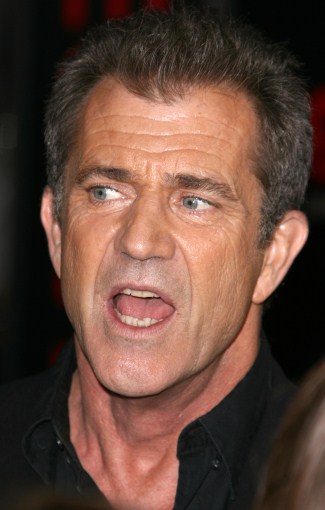 According to TMZ authorities want to question Mel Gibson’s girlfriend Oksana Grigorieva’s son. Oksana’s son Alexander Dalton is 12 years old and he is the son of actor Timothy Dalton. He lived with Mel & Oksana at the time that the abuse allegedly occurred. Apparently he is being considered an important part of the investigation having lived with the couple.

No big surprise here apparently Oksana will not prevent her son from testifying. Okay is it just me….. I almost feel disloyal to all women kind saying this – but it has to be said…. Yes Mel Gibson is a lunatic and a racist and probably not a very nice man.   BUT, Oksana is NO prize after listening to those tapes there is only one reason someone would stay with Mel and that is for money $$$. For heavens sakes she even had a child with this lunatic.

If she was any kind of a mother she would never involve her poor son in this mess. I only hope his father Timothy Dalton is a much better role model than these two! This all seems like a very well orchestrated plan – first one tape is released then the next day another and so on…. Someone is trying to make money out of  this situation and you don’t have to be a genius to figure out whom?