The Pussycat Dolls Have Split 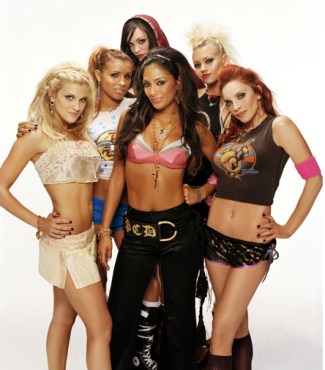 The girl group’s future has been in doubt since they went on hiatus last year, but Kimberley said if the group – which is masterminded by behind-the-scenes choreographer Robin Antin -does return it will feature a dramatically different line-up.

She told website Digitalspy: “As far as the Dolls, I don’t know. I didn’t call the shots then and I don’t call the shots now.   "Almost all of us have left and been pursuing our own thing, and that’s how it’s been left. As far as I know the group has fully disbanded."   Three members of the group – Jessica Sutta, Kimberly Wyatt, and Ashley Roberts – have quit, leaving main vocalist Nicole Scherzinger and Melody Thornton as possible members of a new line up.

Kimberley – who has released her debut solo single ‘Candy’ this week – said: "I was in a situation where I was unable to grow creatively or as a human being by being in the group.   "The situation had to change or I had to change. Once I found out the situation wasn’t going to change, I had to take the decision upon myself."   She has also posted a song ‘Not Just A Doll’ on her YouTube channel, which is about why she left the group.

Robin has previously said the group will return this year, but given no details as to who it will include, although it has previously been reported Nicole’s place in the group is secure.
She has said: “The brand is about female empowerment. Inside every woman is a pussycat doll waiting to get out. There are millions of women out there who want to know what it feels like. I want to bring in new faces.”