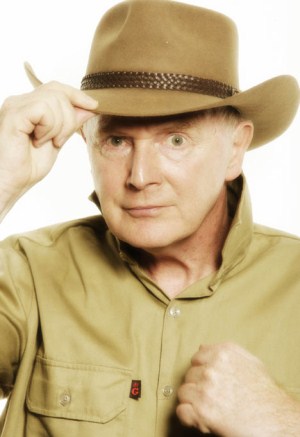 The music impresario had been battling cancer for some time and passed away this morning (08.04.10) in New York after his condition worsened.   According to The Independent newspaper, his body is set to be flown back to his hometown of London so he can be buried at the city’s Highgate Cemetery.   His spokesman Les Molloy said: "He had been suffering from cancer for some time, but recently had been full of health, which then rapidly deteriorated. He died in New York this morning."

McLaren managed the Sex Pistols – fronted by John Lydon, also known as Johnny Rotten – from 1975 to 1977 and is credited by many pop commentators as being the key figure in the punk movement in the UK.   BANG Showbiz Managing Director Rick Sky – a lifelong friend of McLaren – said:

"He was the master of mayhem, a seminal figure in rock ‘n’ roll music history. It’s very rare that a person who isn’t a musician ends up being so influential and having such a high-profile.   "He invented punk rock. He hit on the idea of having raw garage bands, which he adapted from American music. He liked the youthfulness and the rawness of bands like the New York Dolls and applied it to Britain.  "He invented a youth movement, a fashion movement, a music movement and a set of ideals. Punk is a key point in British music history."

McLaren – who at one time managed the New York Dolls – is also famous for his relationship with fashion designer Vivienne Westwood, with whom he opened the clothing shop Let It Rock in London. The music manager – who is survived by his son Joseph, whose mother is Westwood – also opened another clothing shop, SEX, in 1975 which was famous for selling S&M (sadomasochistic) style clothing.

In May 1997, he caused a sensation in Britain when he and the Sex Pistols released the single ‘God Save The Queen’ during the week of Queen Elizabeth’s Silver Jubilee.  To promote the record McLaren organised a boat trip down the River Thames so the band could play their music outside the Houses of Parliament. The boat was raided by the police and McLaren was arrested, earning the track huge publicity.

After the band split in 1978, amid accusations of mismanagement and missing monies, McLaren turned his back on punk and turned his attention to hip-hop.   Sky added: "What’s important as well is that once punk went mainstream he walked away from it, it didn’t excite him anymore."   In the late 80s, McLaren became a solo artist and released the album ‘Waltz Darling’, which included the hit single ‘Something’s Jumpin’ in Your Shirt’.   In 2007, he was due to appear on British reality TV show ‘I’m A Celebrity… Get Me Out Of Here!’ but pulled out on the day he flew to Australia for filming claiming it was "fake and he didn’t have the time".